BOLDER: MAKING THE MOST OF OUR LONGER LIVES

“A joyously life-enhancing book (that) shatters the myths about ageing.” (DAILY MAIL)

So what inspired you to write BOLDER?

I was at a hockey tournament, and playing well, when I suddenly discovered I was the oldest player there. For some reason the news shook me to the core. I began wondering whether I looked out of place, whether people were laughing at me, whether I should take up a more gentle pastime, like Bingo. It got me thinking about how we often feel ashamed and afraid of growing older. How we imagine it’s all about loss, decline, decrepitude and sadness. Is it any wonder that “age” is the number one answer that comes up on Google Search when you type in “I lie about my…”? After the shock at that hockey tournament, I wanted to know if there was another, happier story to tell about ageing. Full disclosure: I wrote BOLDER to help myself feel better about my own advancing years.

Yes, it did! I feel a million times better about growing older than I did when I began the research. Why? Because so many of my own downbeat assumptions about ageing turned out to be wrong. And because – and this is the really exciting bit – so many things can get better as we grow older.

The thing that really blew me away is that people are generally more contented in later life. Across the world happiness seems to follow a U-shaped curve, bottoming out in middle age and then rising again thereafter. Even Pete Townshend confessed to feeling more cheerful in his 60s than he was when he wrote one of the most ageist lines in the pop music canon: ‘Hope I die before I get old.’ We become more comfortable in our own skin and less worried about what others think of us. We tend to form stronger, more fulfilling relationships as we age. Ageing also makes many of us more altruistic and eager to serve the common good.

The news is not nearly as bad as you think. These days we have more and more levers to pull (nutrition, technology, medicine, exercise) to go on doing amazing things with our bodies deep into later life. That is why the media is packed with stories about people kitesurfing in their fifties, climbing mountains in their sixties, running marathons in their seventies, cycling long distance in their eighties and swimming competitively in their nineties. Today, theaverage over-65-year-old is in better shape than ever before. Japan is even toying with moving the age when someone is deemed rojin, or old, from 65 to 75.

Without doubt dementia is the darkest cloud hanging over later life. Not only is there no cure but we do not even know why it strikes in the first place. Nevertheless, the picture is not as apocalyptic as the headlines proclaim. Around 17 per cent of people over the age of 80 have dementia, but that means the other 83 per cent do not. And researchers are confident that we’re on the road to making breakthroughs in both treatment and prevention.

On the contrary. Older people are smashing it in the start-up world. A study of all new businesses launched in the United States between 2007 and 2014 came to the following conclusion: “We find no evidence to suggest that founders in their 20s are especially likely to succeed. Rather, all evidence points to founders being especially successful when starting businesses in middle age or beyond.” Bottom line: the idea of being ‘finished at forty’ is absurd.

Because the world is changing in ways that herald a golden age of ageing. More jobs rely on the social acumen that improves with age. Every day, medics are getting better at managing the diseases and decline that come in later life. Every year there are more older people on the planet – and there is strength in numbers. It is harder to dismiss or denigrate a growing chunk of the population, especially when so many of them are taking life by the scruff of the neck. At the moment, at least, older generations are loaded – and money talks.

That they can change over time. Human beings may be hardwired to admire young bodies and recoil from anything that portends death, but beyond that how we feel about growing older is shaped by culture – and culture evolves. In 17th- and 18th- century Europe, for instance, young men actually tried to look older by wearing powdered wigs and clothes tailored to give the impression of ageing bodies.

Is there a link between your earlier books on slowing down and BOLDER?

Yes, there is. Ageing does slow us down in some ways, which can seem like the worst thing in a world in thrall to speed. But what I showed in my earlier books is that faster isn’t always better. If we let it, ageing can nudge us into embracing the many benefits of slowness. As we age, we tend to get better at being present and in the moment, which is a first step to well-being, pleasure and fulfilment. We make fewer mistakes at work. We connect the dots better. We also start to see the bigger picture more clearly – both in our own personal lives and in the world in general. Sportspeople often find that the deceleration brought on by ageing pushes them into treating their bodies more wisely.

Yes, profoundly. It has made me feel so much more at ease with the idea of growing older. Like anyone else, I still worry about what the passage of time will do to my health, my finances, my looks, my loved ones. Nor am I in a hurry for my life to end. But such worries feel less daunting now because I know that, with a little luck and the right attitude, lots of good stuff awaits me in the coming years. Best of all, I no longer feel ashamed to play hockey (or any other sport) with people much younger than me!

To see ageing in a completely new light. I hope they will move from fear and dread to the kind of understanding and optimism that will help them make the most of their lives – at every age. My first three books – let’s call them the Slow trilogy – took down the canard that faster is always better. BOLDER is about taking down the canard that younger is always better. I also hope to spark a wider public debate about attitudes to ageing. If all of us are going to have an equal chance of ageing better then we need to rewrite the rules of everything, from the workplace and education to design and social services.

Stoked to be speaking at this life-changing event in Sydney, Australia. A few tickets still remaining. PM me for discount code.

Why science needs slowness to thrive….

Why channeling your inner tortoise is the best way to thrive at work – and everywhere else..

He’s smart, hunky and blessed with a sense of humour and fine comic timing. What more could you ask for?

Other than that he also be Canadian, but you can’t have everything….

Even the sultans of speed who call the shots in Silicon Valley are coming round to the idea that slowness has a crucial role to play in tech – and in life in general.

Is a four-day week the way forward?

Faster isn’t always better when you have a book (or e-reader) in your hand.

Thrilled to be judging Inntravel’s Slow Moment competition for 2018.

Upload a photo, a video or even a short text capturing your best Slow Travel moment. One entry wins a prize every month.

From the 12 monthly winners, I will choose the overall winner for 2018.

Stoked and then some to announce that my new book has been chosen as BBC Radio 4’s Book of the Week – for the week before Xmas!
Extracts will be aired over five days. Starting December 17th. 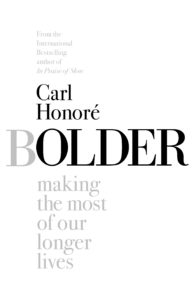 Back in the day, In Praise of Slow was also a R4 Book of the Week so I know it’s time to reach for the champagne….

Join the SLOW NEWSLETTER. Learn how to live more slowly in a fast world. Plus, exclusive giveaways, invitations and behind-the-scenes access.

What is the Slow Movement?